In the days before Thanksgiving, I was in the kitchen with my little helpers baking for the big day.  I was in charge of the rolls (I love this recipe) and pecan pies.  My house smelled like heaven!

As my home was filled with the smells of baking rolls and pies,I began to wax nostalgic.  I remember when I was little, my mom would take the leftover pie crust pieces, sprinkle them with cinnamon and sugar, and bake them for a little treat for us.  I have fond memories of eating those bits of flaky, sugar crust pieces in the kitchen with her.  I thought that I could pass on this little tradition in my own home, all the while thinking that my kids would just love them. 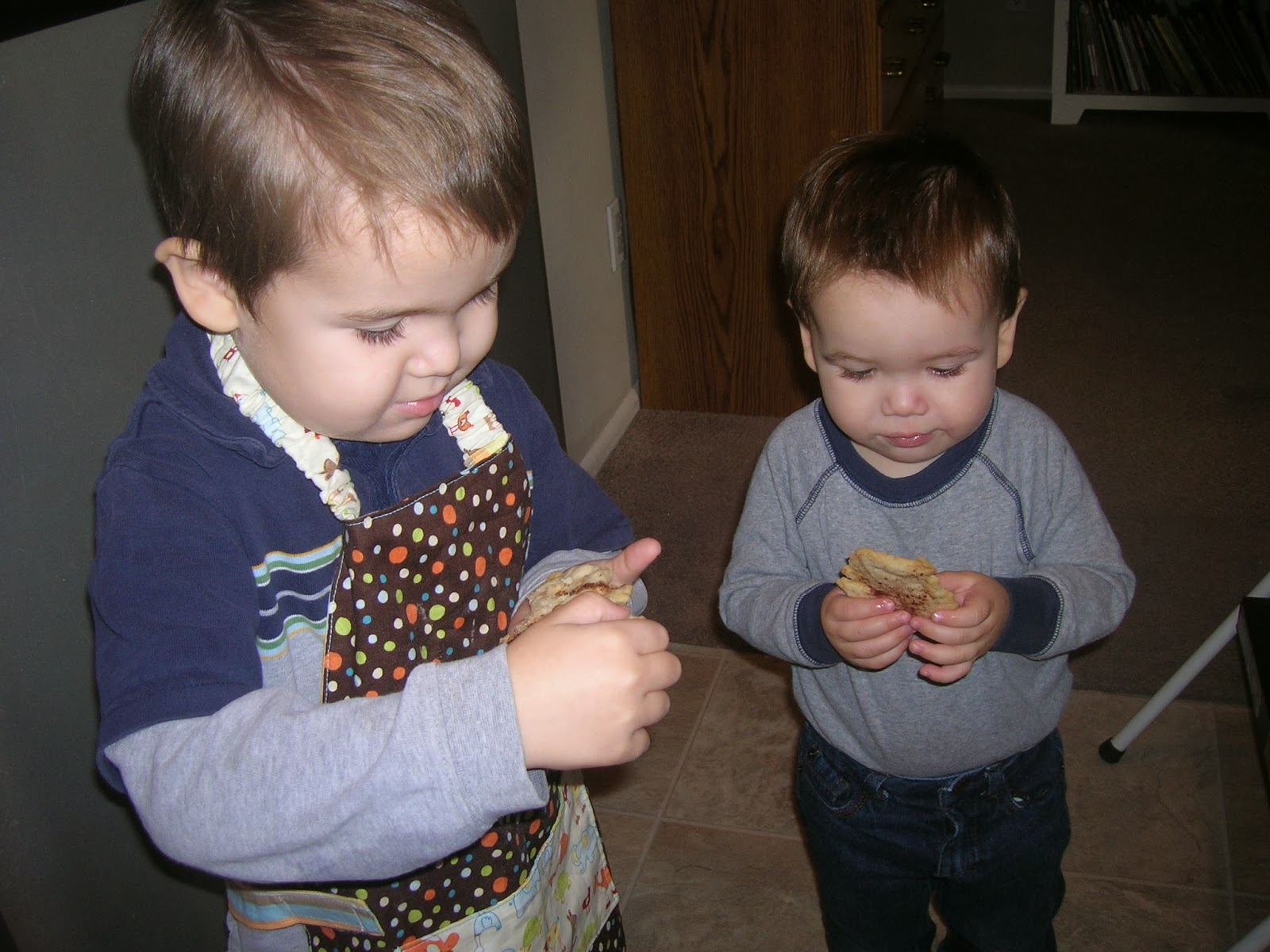 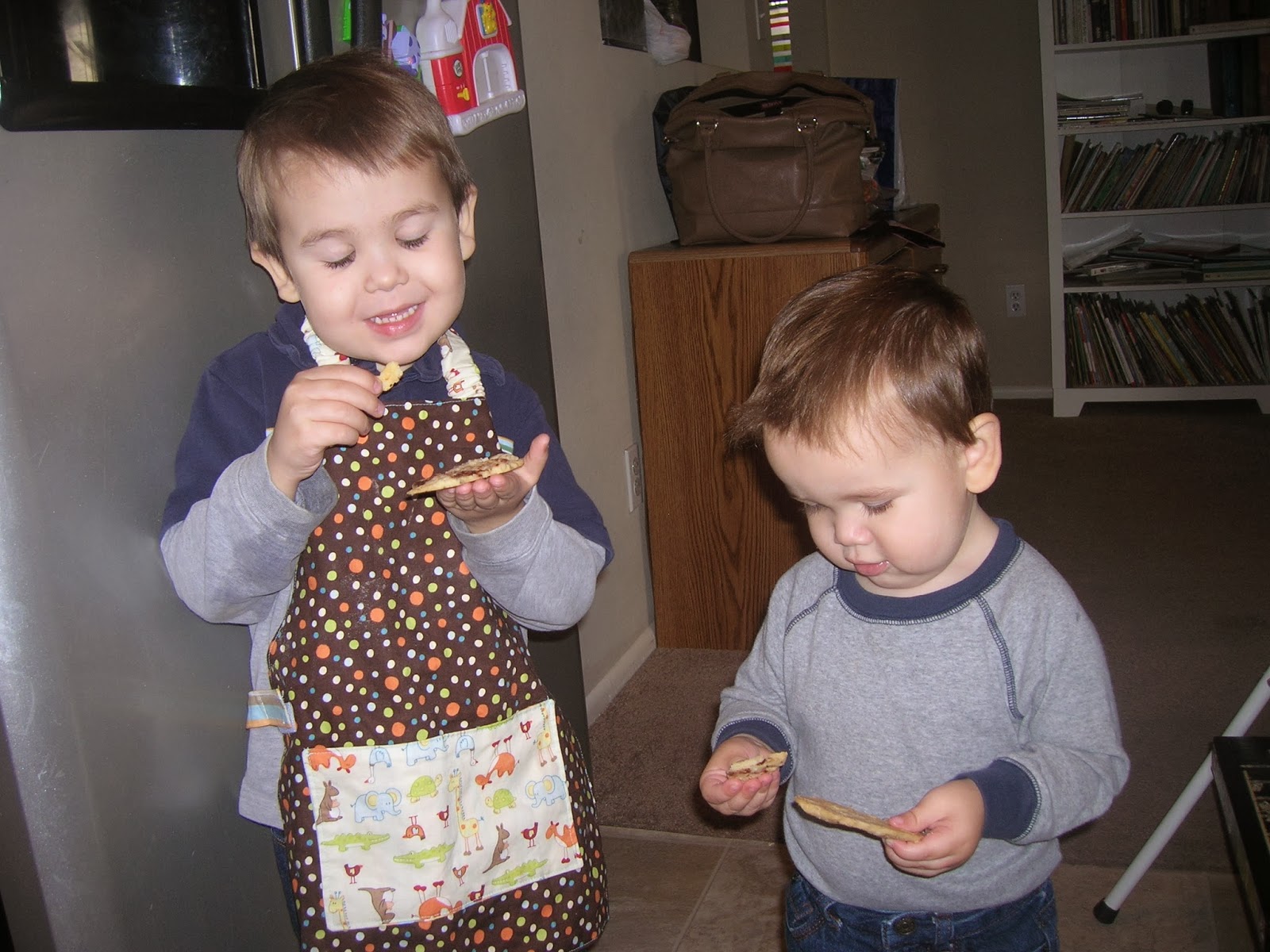 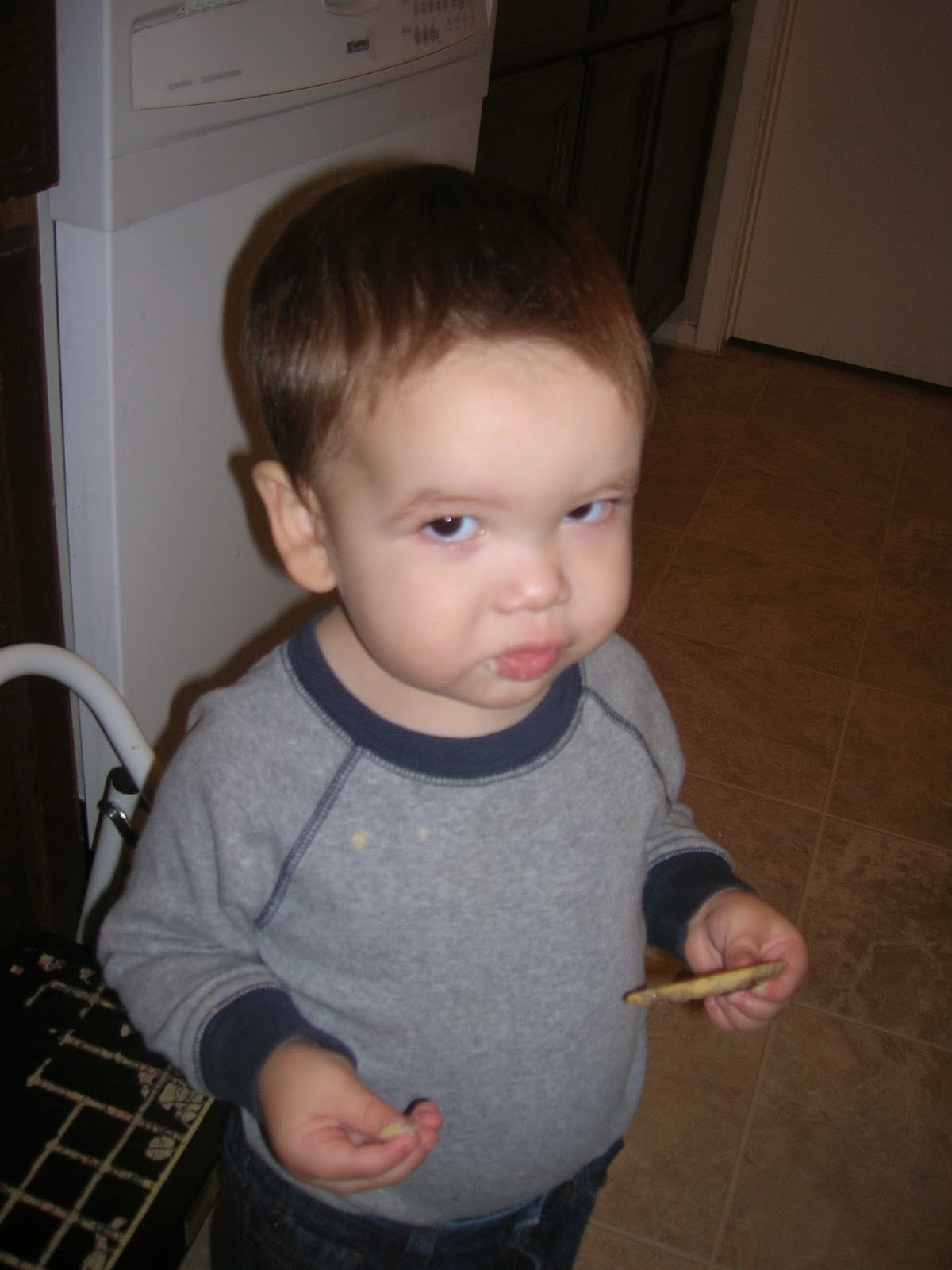 Sigh.  So much for that.  I'll stick to the "real" cookies from now on.

We got to California late Wednesday night and spent Thanksgiving day with family, playing outside, watching movies, getting dinner ready...

We had some snacks and appetizers to tide us over until the big meal.  Does this snack look familiar to any Peanuts fans?  I couldn't resist! 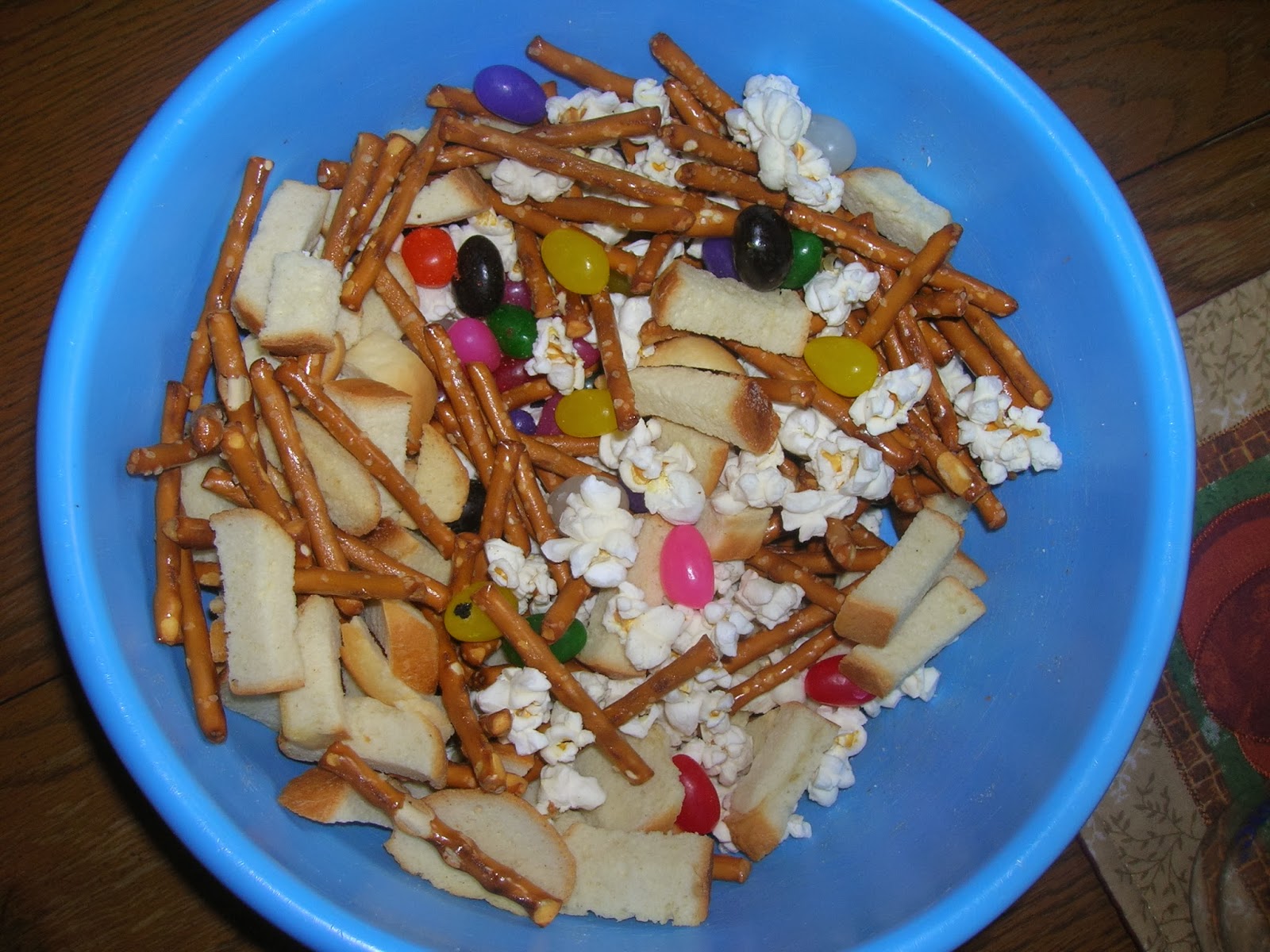 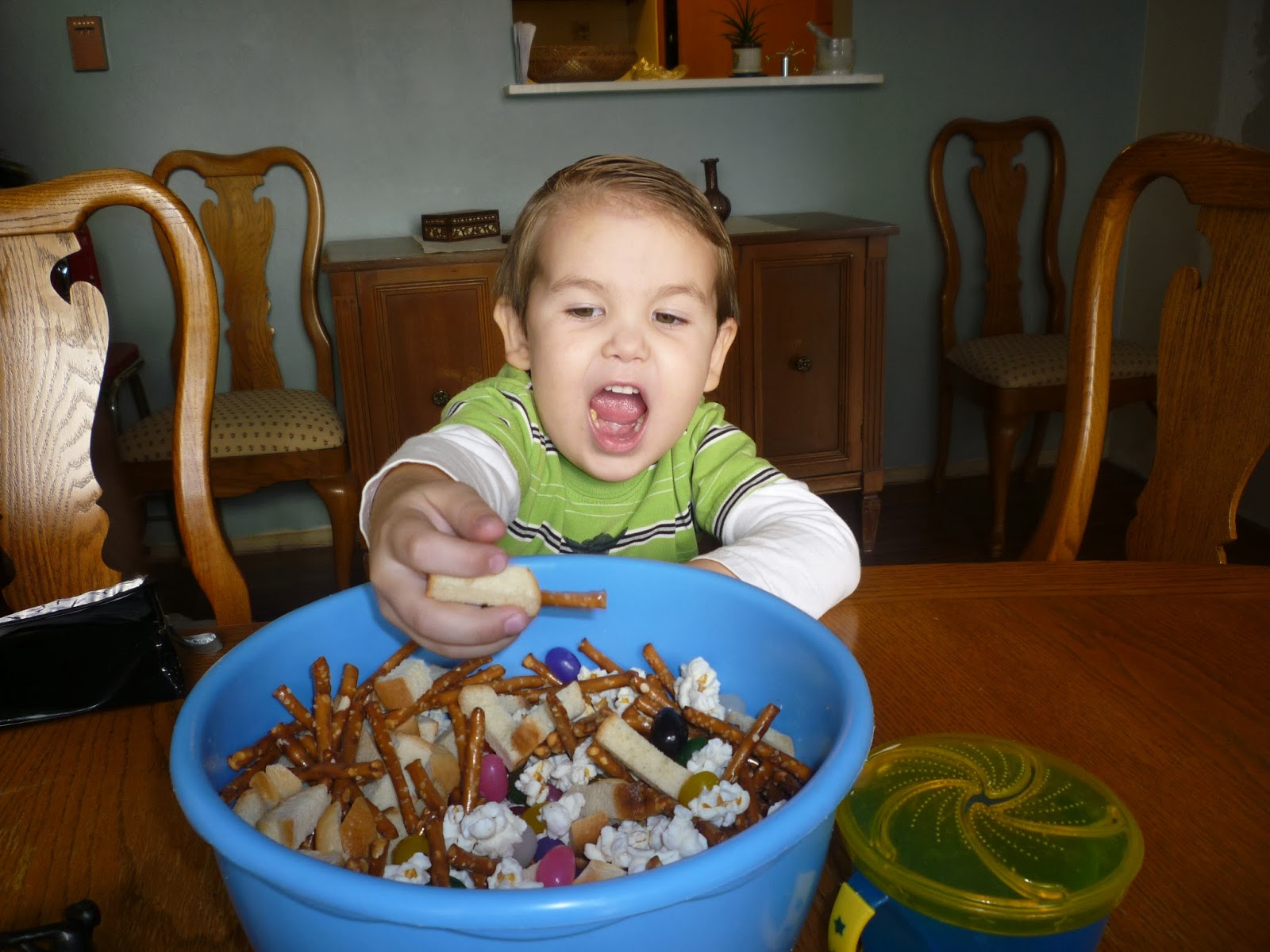 We waited all day for our yummy dinner.  Sadly, the wait for Mr. Three was just too long... The rest of the crew enjoyed the turkey and all the trimmings.  Don't worry, Mr. Three had his fill after a long nap. 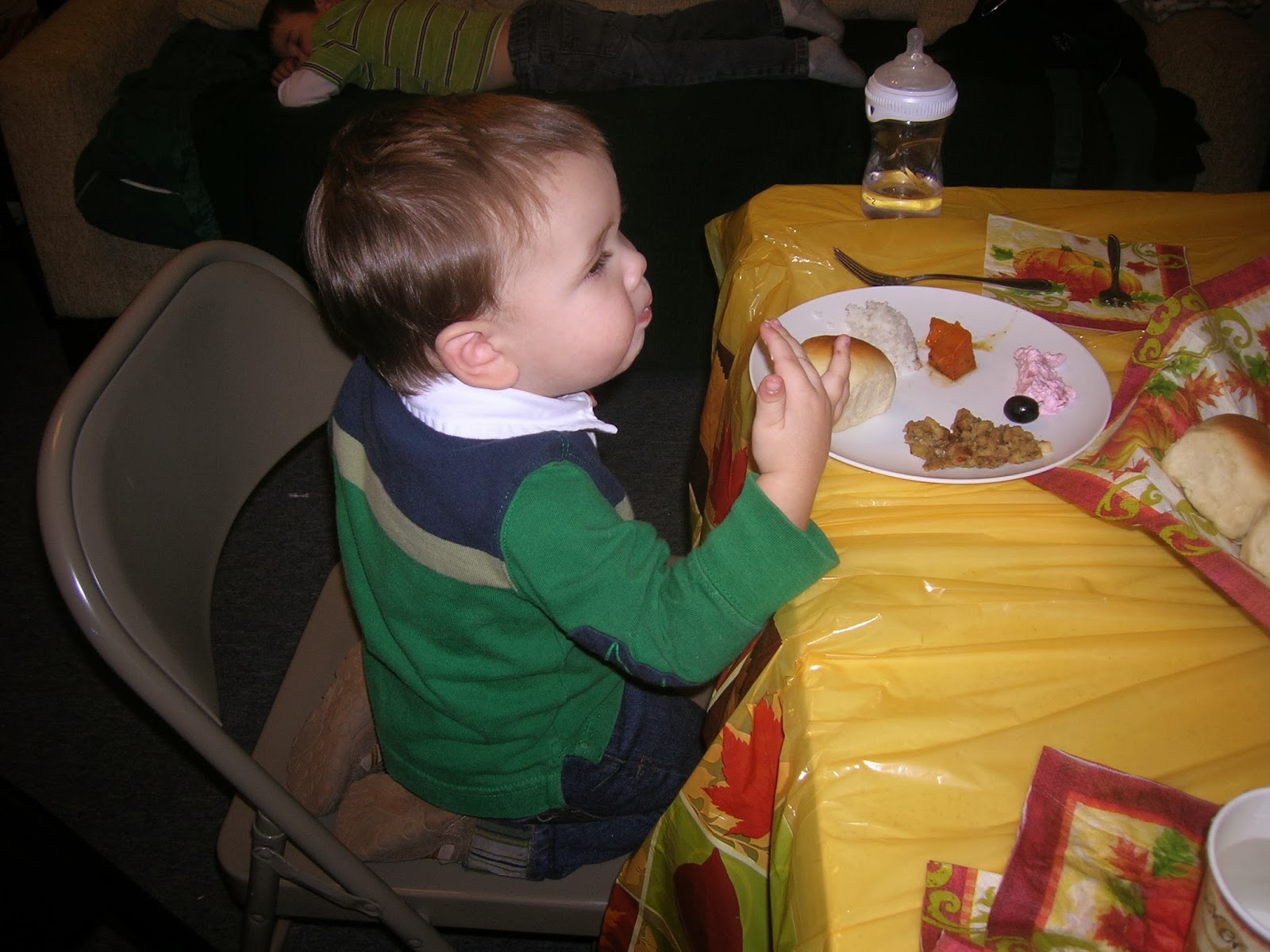 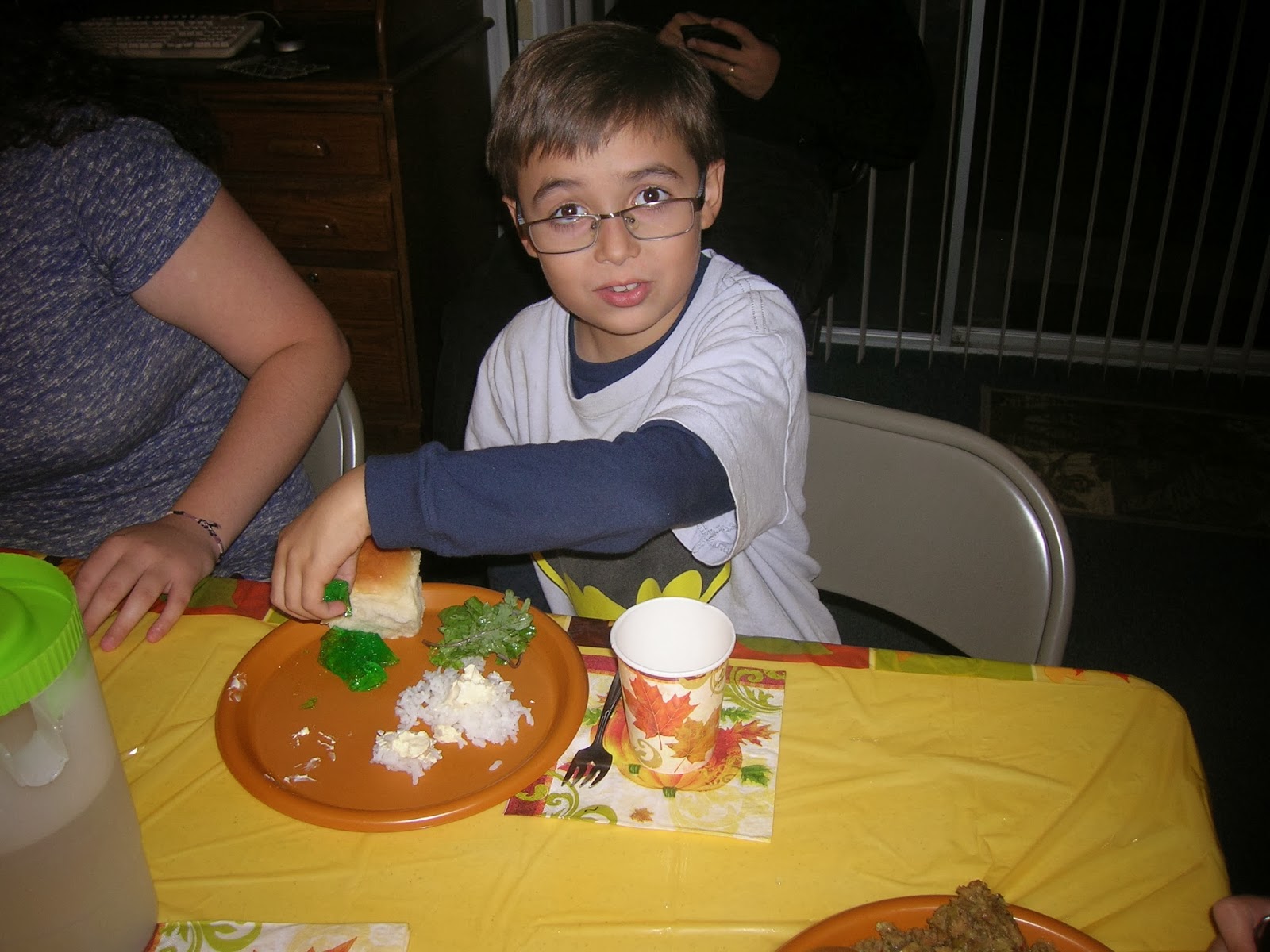 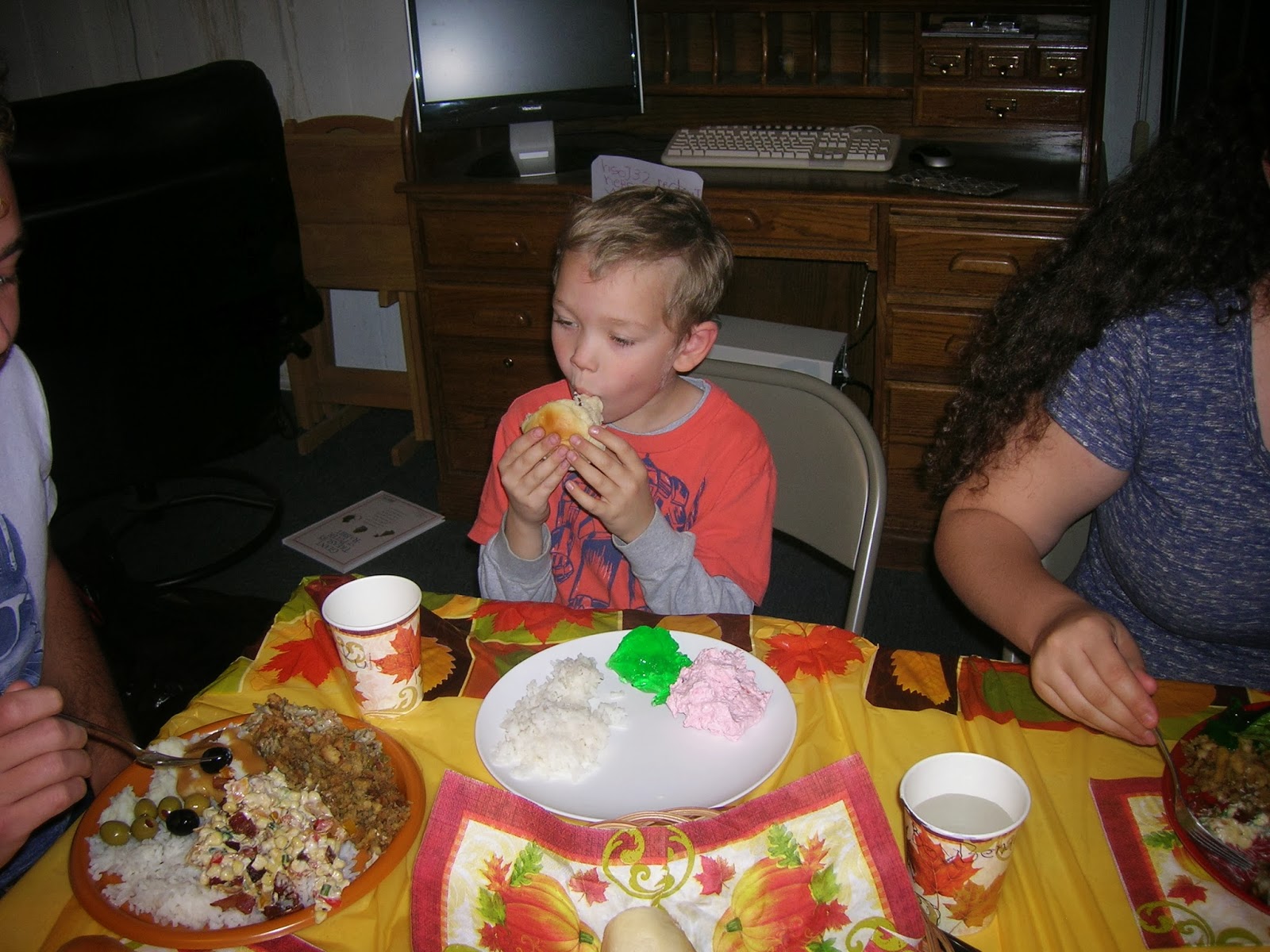 After stuffing ourselves silly, we decided to have some fun having a Nerf gun war.  Everyone wanted in on the action, even the little ones.

Then, we played a little something we like to call "Tron Ultimate Frisbee."  We stacked on glow sticks, different colors for the opposing teams, chose teams, turned up the Daft Punk, turned off the lights, and used Mike's LED lighted frisbee to play.  We kept the little ones on the sidelines for this part of the game playing.  Luckily, they were too happy playing with the glow sticks to care about being left out.  It was a great way to burn some extra dinner calories.  In fact, we were having so much fun that it got very late into the evening before we called it quits.

On Friday, the sisters and sister in laws went out Black Friday shopping and spent several hours at Old Navy, trying on clothes, bargain hunting and then standing in a ridiculously long line that wrapped around the store.  The entire store was 50% off, so there was a huge crowd.  We got some great deals and had fun visiting while we waited, and waited, and waited...

We also went to Target and found a few more deals, but the best part of Target was seeing Santa doing a little shopping there, too.  He was dressed in his Santa pants and a tee that said "Believe."  There was a little lady with Down Syndrome there and she walked up and just gave him the biggest hug, and he smiled and talked to her for a bit.  It was a big dose of Christmas cheer amidst the shopping frenzy.

After the shopping, the teenagers watched the boys so we could go to the Redlands Temple with Mike's siblings and parents to do some temple work with the adults for some family names that Mike's father had researched.  He had spent some time Thanksgiving day telling me how he discovered these family members and a little of their stories, so I was excited to help them do this important work.  After the temple, we went to Denny's for a late night dinner.  I had the most fantastic sweet potato praline pancakes and shared a pumpkin pie shake with Mike.  I want to recreate those pancakes some day, they were so delicious! 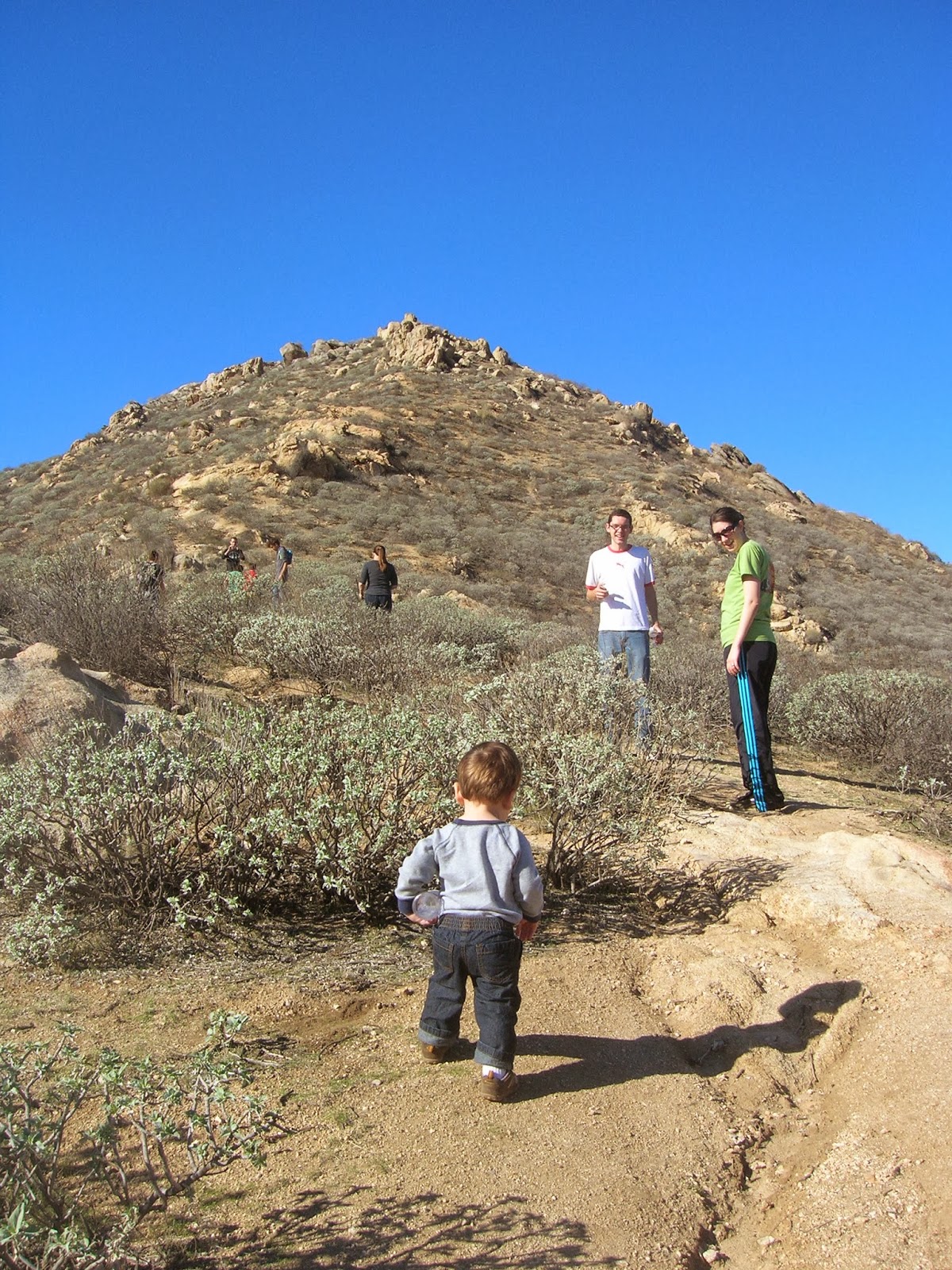 On Saturday, we took a "little hike" up Sugarloaf near Riverside, where Mike's family used to live.  It was supposed to be an easy hike, perfect for the kids and adults alike.  Well, it wasn't easy.  It was steep and slippery and hot.  The kids and the rest of the adults enjoyed it anyways. 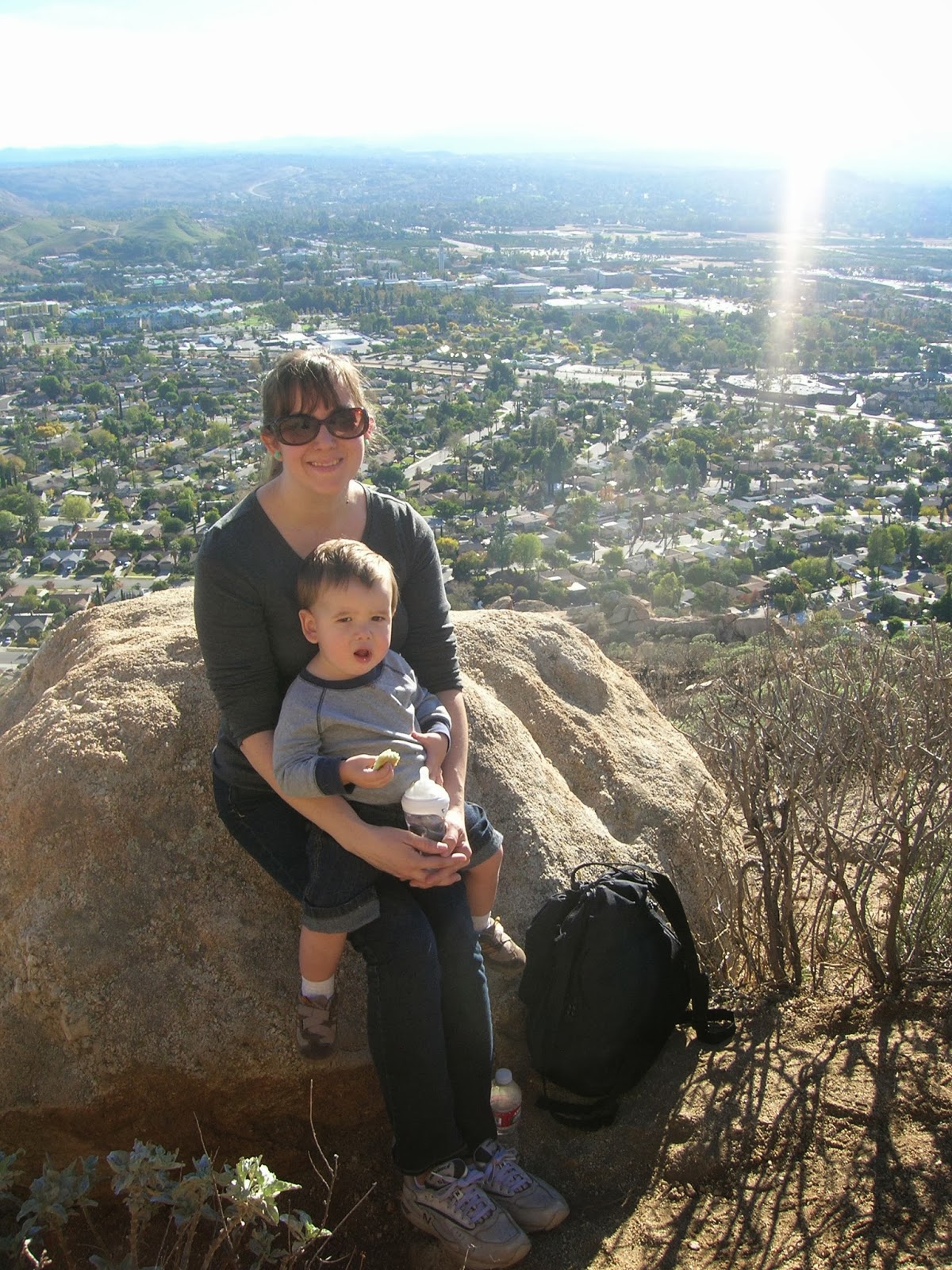 I eventually quit and sat and waited for the rest of them to finish, too worried about carrying an 18 month old up an increasingly steep hill. 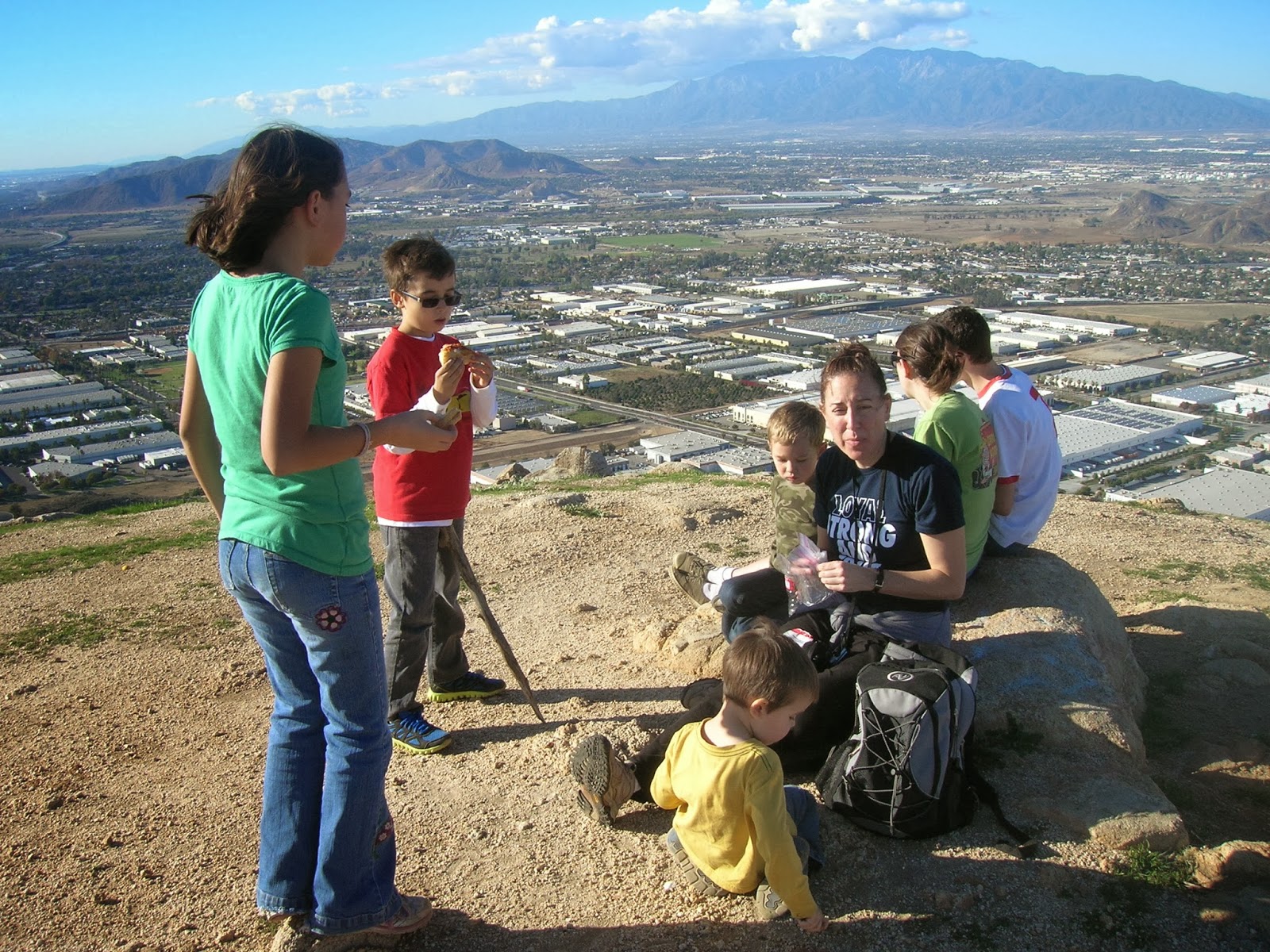 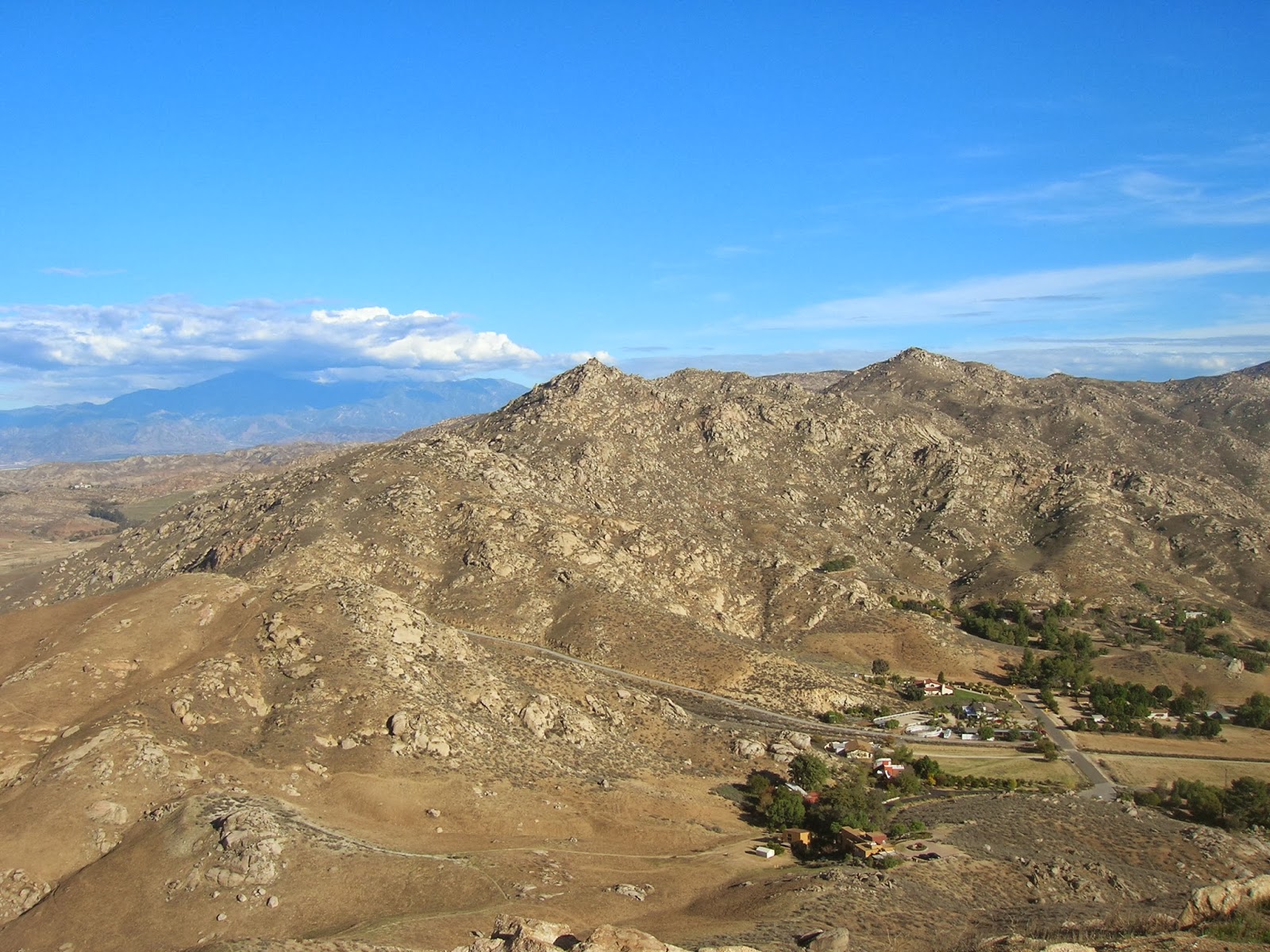 Everyone else climbed to the summit and enjoyed the view and ate some lunch.  Eventually, we all gratefully climbed down with no major injuries.  Next year, I will let the real outdoors lovers enjoy that experience and I'll stay home with the babies.  We also had a cousins dinner that night with Mike's cousins that were in town and stayed up visiting, eating and playing games.

We went to church together on Sunday, ate lunch, then headed back to Arizona, grateful for a fun weekend and lots of good memories.